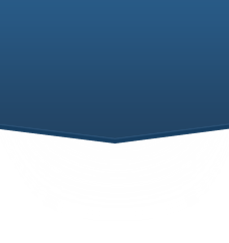 Mr. Davis has served on numerous corporate, industry, and philanthropic boards and is currently a Board Member of Aserton Therapeutics, Inc.  Mr. Davis holds a B.S. in Business Administration from East Carolina University.
​
Ralph (Ed) Henderson, Vice President, Business Development and Chief Marketing Officer, Co-Founder
Ralph Henderson has had 30+ successful years in a variety of positions in Specialty Pharmaceuticals Sales and Sales Management.  He has been involved in 6 successful new product launches during his career.

Dr. Appelt is a seasoned bio-technology scientist and executive with over 28 years of management experience in the biopharmaceutical industry. He has had extensive experience in the discovery and development of antiviral, antibacterial and anticancer chemotherapeutic agents. He led a multidisciplinary team at Agouron Pharmaceuticals which discovered and developed ViraceptTM – an innovative AIDS therapy, and several other compounds discovered using structure-based approached pioneered by Agouron. After Agouron’s acquisition by Warner-Lambert and subsequent merger with Pfizer, Dr. Appelt served as Global Head of Ophthalmology in both organizations.  He later served as Executive Vice President and Chief Technology Officer at Quorex Therapeutics, a company focused on the discovery of antibacterial and antibiofilm agents.  Dr. Appelt founded Great Lakes Pharmaceuticals, Inc. and as the President and CEO led the discovery and development of therapeutics to prevent and treat blood infections associated with central venous catheters.  He is currently a Board Member of Aserton Therapeutics, Inc.
Dr. Appelt received his undergraduate degree in Physiology from Poznan University in Poland and his Ph.D. in Biophysics from the Max Planck Institute in West Berlin. Before joining Agouron Pharmaceuticals in 1987 he was Assistant Professor in Chemistry Department in University of California in San Diego. Dr. Appelt is a co-author of 57 peer reviewed publications, co-inventor of several patents and was awarded several multimillion federal R&D grants.

Arnold E. Postlethwaite, MD, Chief Medical Officer and Lead Researcher
Dr. Postlethwaite is the Professor of Medicine and Director, Division of Connective Tissue Disease in the Department of Medicine at UTHCS. He received his MD degree from Cornell University Medical College with Internal Medicine Residency Training at Tulane and Duke. Dr. Postlethwaite received Rheumatology Fellowship training at Duke University Medical Center followed by being the recipient of VA Research and Education and Clinical Investigator Career Development Awards at the Department of Veterans Affairs Medical Center, Memphis, Tennessee, where he presently has an appointment as a Staff Physician in Rheumatology. Dr. Postlethwaite is certified by the American Boards of Internal Medicine and Rheumatology.
He has published over 100 scientific articles dealing with his research interests including chemotaxis, inflammation, fibrosis, systemic sclerosis, rheumatoid arthritis, gout, fibroblast and macrophage biology, cytokines, and oral immune tolerance. Dr. Postlethwaite has published extensively in the area of fibroblast and monocyte chemotaxis, cytokine modulation of inflammation, and fibroblast function. He is an internationally recognized expert on these topics. He has a successful record of continuous grant support from the Federal Government and private foundations in these areas. Currently is a principle investigator on seven grants. He has served on numerous editorial boards and grant reviews for the NIH, Department of Veterans Affairs and private foundations. He has served as chairman of study sections for the National Arthritis Foundation and has been a member of the VA Immunology Merit Review Board, NIH-NIAMS Special Grants Review Committee and numerous NIH ad hoc grant review panels.
Dr. Postlethwaite served as  Principal Investigator on a VA Merit Review Grant to study the role of PGE2 on oral tolerance, an NIH R01 grant to determine whether oral bovine type II collagen is efficacious in rheumatoid arthritis patients off NSAIDS, an NIH N01 contract grant to determine whether oral bovine type I collagen is efficacious in scleroderma, and is Program Director of a T32 NIH training grant to study diseases of connective tissue.

​David D. Brand, Ph.D., Chief of Collagen Development
Dr. Brand is an Associate Professor, Department of Medicine and Department of Microbiology, Immunology and Biochemistry, UTHSC, Memphis TN. He received his BS in Biology from The College of William & Mary and his Ph.D. in Biology from Georgetown University. Dr. Brand’s research focuses on animal models of inflammatory disease, the immune cell interactions that drive autoimmunity, but he also provides large scale collagen purification (types I, II, III, V, IX and XI), production and chromatographic separation of cyanogen bromide peptides and alpha chains for use in research at both domestic institutions and those overseas.
He has written over 80 selected, peer-reviewed publications of scientific articles related to the mechanisms of tolerance and autoimmunity, the role of regulatory T cells in peripheral tolerance and those related to collagen both as a scaffold for bioengineering and its role in autoimmune disease and therapy.  Using a humanized mouse model, Dr. Brand is currently studying the aggravated inflammation driven by periodontal disease in autoimmune arthritis.

​​Weikuan Gu, PhD, Associate Scientific Director
Dr. Gu joined the University of Tennessee Health Science Center (UTHSC) in 2002.      He obtained his PhD in 1994 from Cornell University and completed postdoctoral studies in 1996. Dr. Gu has published 102 peer reviewed publications, nine book chapters, and 63 abstracts/presentations.
Dr. Gu recently edited a book named "Gene Discovery for Disease Models" which has been published by Wiley. His research currently focuses on two areas: (a) positional cloning and functional studies of spontaneous mutations of genes in mice using a newly developed integrative strategy, which combines genomic resources and updated biotechnologies, and (b) identification of genetic factors that regulate bone density, bone structure, and susceptibility to arthritis. For characterization of genes involved with bone metabolism, his researchers are using the nanoindentation technology and genetic markers to map the quantitative trait loci (QTL) of bone quality from a mouse F2 population. In arthritis research, he is using the QTL mapping and microarray technology to identify pathways that regulate resistance to the spontaneous arthritis in IL-1ra deficient mice (funded by NIH, collaborating with Dr. J. Stuart at VA Medical Center and Dr. K. Hasty).
In addition, he is Director for the DNA Discovery Core of the UTHSC Center of Genomics and Bioinformatics. The core, which services the UT research and education community, has the capacity of high throughput gene expression analysis, genotyping, and mutation/polymorphism screening.